In the spinning process the productivity of spinning machinery is on an increasing trend and hence this has resulted in more number of roving bobbin changes in Ring Frames. The remnants of the roving form the empty bobbin has become an important task owing to the increase of raw material cost. Moreover this involves man power and opening machines which may damage the surface of the empty bobbing and the fibres.

SIEGER offers Inline Rove master to suit any bobbin transport system for automatic removal of rove remnants from the bobbins and opening of the fibres without damage to the fibres so that the opened material can be directly added to the mixing without affecting the yarn quality.

The Inline Rove Master is supplied in two models with 6 Spindles or 10 Spindles.

SIEGER Rove Master picks the bobbins with remnants from any roving transport system by a set of 6 / 10 Spindles moving up and down by pneumatic cylinders. The rove remnants from the bobbins are removed by rotating the spindles and simultaneously sucking the unwound roving ends by Venturi principle in conjunction with compressed air which opens the roving ends thoroughly without damage to the fibres. The opened fibres are collected in a filter box provided in the machine. The collected fibres can be either collected manually / suitable continuous collection system (Optional) and can be directly used in mixing.

Cleaning Solutions offered by us 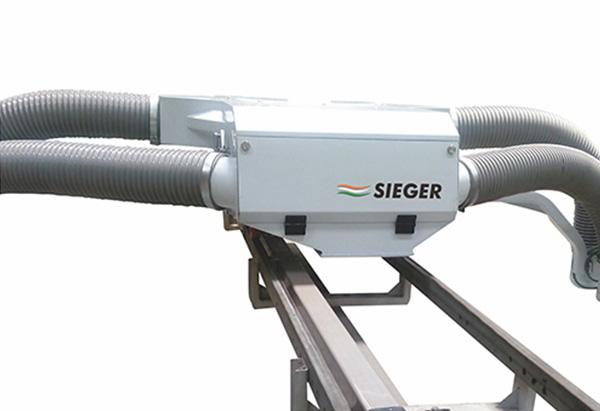 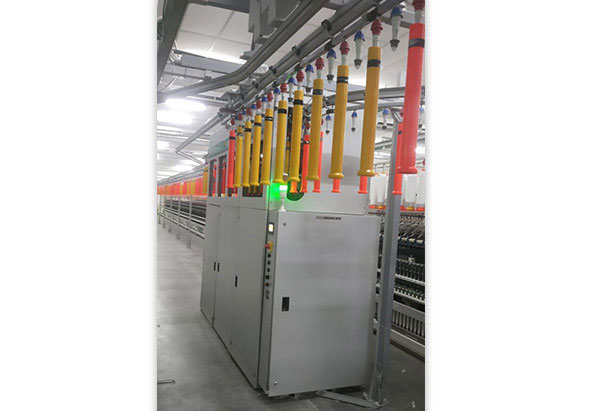 Sorry there was an error sending your form.